Created another character for the animated series. This will be the main character who is an anthropomorphized soft serve ice cream cone. Below is the sketch and the first pass on the 3D model. I’m wanting to keep textures as simplistic as possible but there are some cases where you need more detail to convey the character. Like in this case, the waffle pattern around the face needs to stand out just enough otherwise you lose the ice cream cone quality but too much and you lose the human quality. 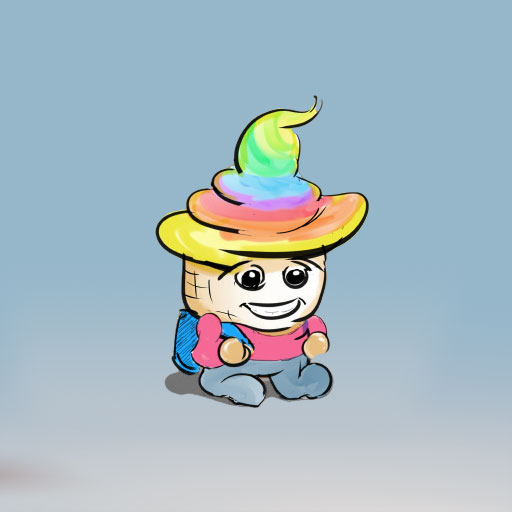 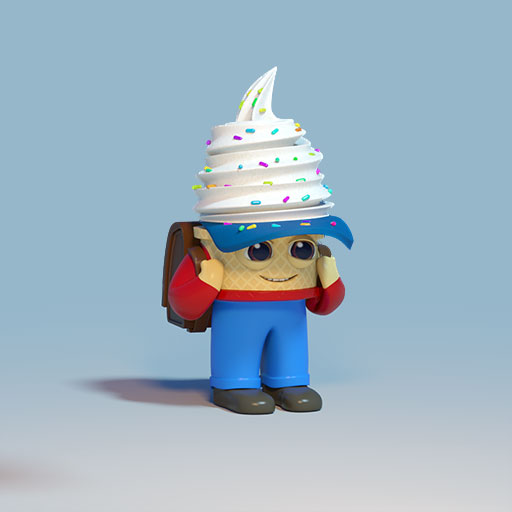 Since my son is a big fan of rainbows, as of course most five years old are, I was originally thinking of using a rainbow colored soft serve ice cream but on second thought decided that vanilla ice cream with sprinkles made more sense.